Finding Hope in the Refugee Camps 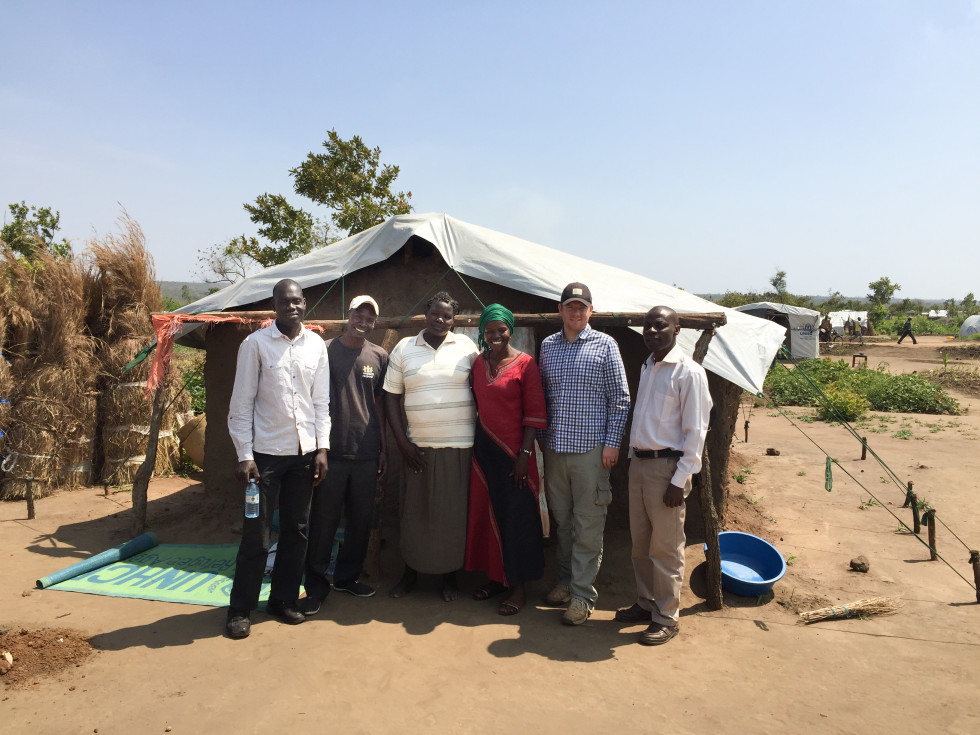 “When the elephants fight, it is the grass that suffers.”

I have spent the last few days traveling the dirt roads of northern Uganda visiting three refugee camps in the Adjumani district. There are sixteen camps in Adjumani each with 20,000-35,000 people. That’s just this district, there are several more. All filled with South Sudanese who have fled their homes to escape war. Some have actually been here for years due to previous war outbreaks but tens of thousands more have poured in after the most recent fighting started in July. Fighting caused by two men aching for power with no regard for the grass they trample on.

The conditions are difficult to take in. Families have been split between camps. Food rations are sparse as the UN is overwhelmed with the rapid influx of need. Children are found sitting under trees as schools either are not there or are already well beyond capacity. Many talk of taking their chances to head back to South Sudan where they will be assumed by the government soldiers to be sympathizers with the rebels. Stories are trickling back to the camps of that already being a death sentence for some.

But there are signs of hope and new beginnings as the South Sudanese adapt to their new home. Tukels (huts) are being built to replace the temporary tents. Land designated for cultivation is beginning to sprout. Churches have been planted. And a sight loved by Seed Effect especially – markets have formed. Over time, little by little, people have started selling goods (mostly food due to the ration shortage) and built up market places. Even in a place so in need of aid, development is happening but it still needs a push.

Seed Effect is committed to bringing economic empowerment and the Gospel to the South Sudanese. As the South Sudanese adapt to their new environment, we’re committed to adapting alongside them and bringing the empowerment they need for the situation they’re in. We spoke to Ugandan officials, local camp leaders, pastors, market leadership, business owners, and new arrivals. They are all excited about Seed Effect coming to the camps and we’ve started the process to make that a reality. In 2017 we will bring training to the refugees, empowering them to start savings groups giving them hope, dignity, and the opportunity to build their economic capability. As they save together they will build relationships, developing new community within the camps. And we will work along side the church to bring ultimate hope in the name of Jesus Christ.

As heartbreaking as it is to see the refugee camps, we are encouraged and excited to be a part of what God is doing in the pursuit of his people.