After facing trauma and the effects of war, Seed Effect members in Ayilo are finding hope, opportunity, and comfort in their Savings & Loan Groups.

Read below to hear how Seed Effect’s program goes beyond material impact.

“Here in Ayilo, we are vulnerable. Before joining Seed Effect, we didn’t have anything, but as you have seen today, because of your support, we are able to save.” Ayilo, a 2,000 acre refugee settlement, is located over an hour from the nearest town of Adjumani, Uganda. Ayilo was established in 2014 in response to the influx of South Sudanese refugees fleeing insecurity.

While most refugee settlements in northern Uganda are made up of many tribes, Ayilo is home to an estimated 39,000 Dinka refugees.

The Dinka are the largest ethnic tribe (or more accurately a grouping of 25 tribes with similar and shared culture and ethnicity) in South Sudan.

They are traditionally cattle herders and have historically fought the Nuer, the second largest tribe in South Sudan, for land, cattle, and most recently for political power leading to civil war in 2013. 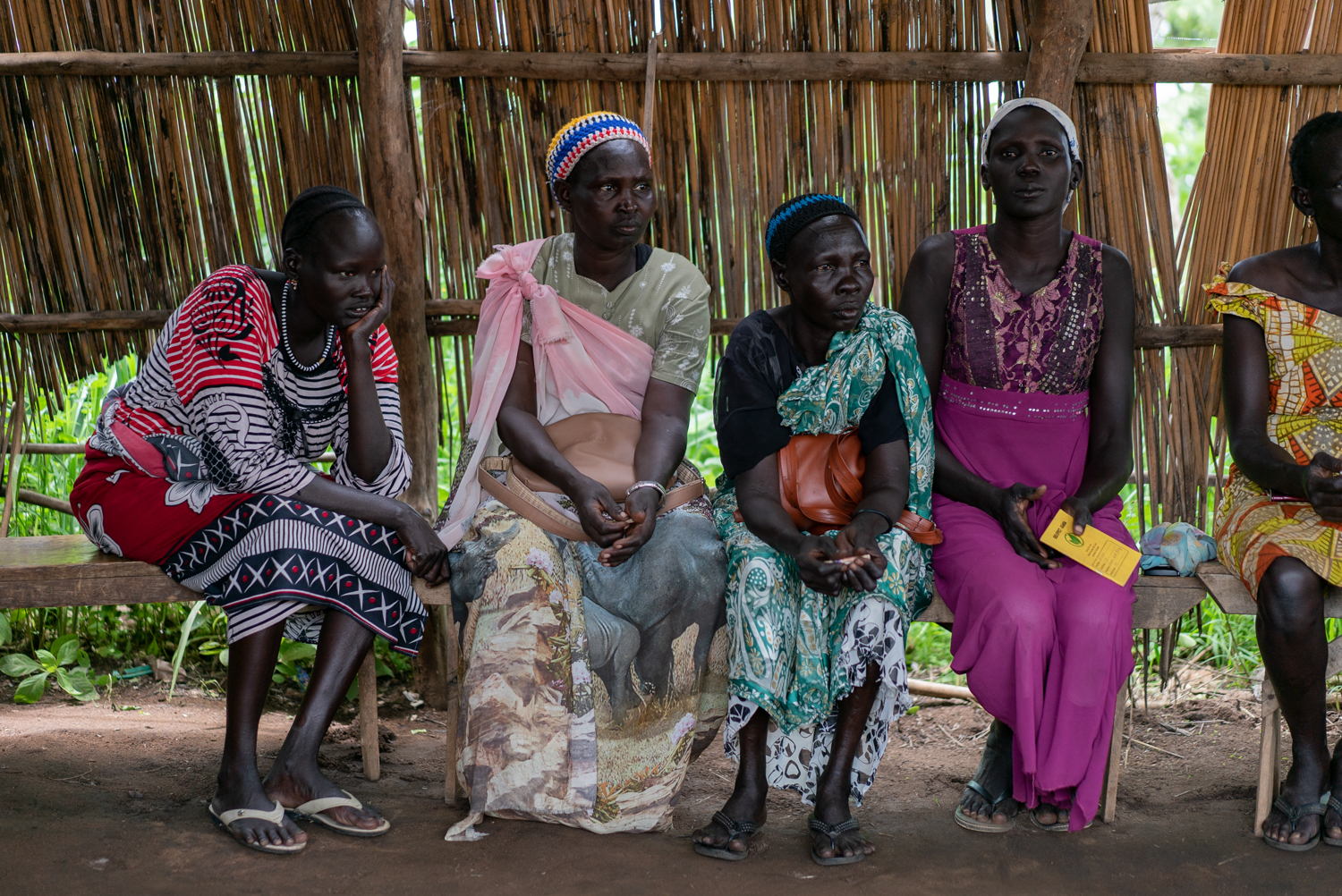 When refugees arrive in the settlement, they are given a tarp, a plot of land, and monthly meager food rations. But, they often lack access to reliable financial tools and supportive community to help them grow spiritually and provide for their families with dignity.

To meet this need, Seed Effect has started 41 savings and loan groups in this settlement since launching in 2017.

In 2019, we visited Ayilo and met with Wisdom Seed Effect Savings & Loan Group. At that time, the group had been saving for less than six months.

But, during this meeting, the group reported that they had collectively saved over $1,000 in just 24 weeks! 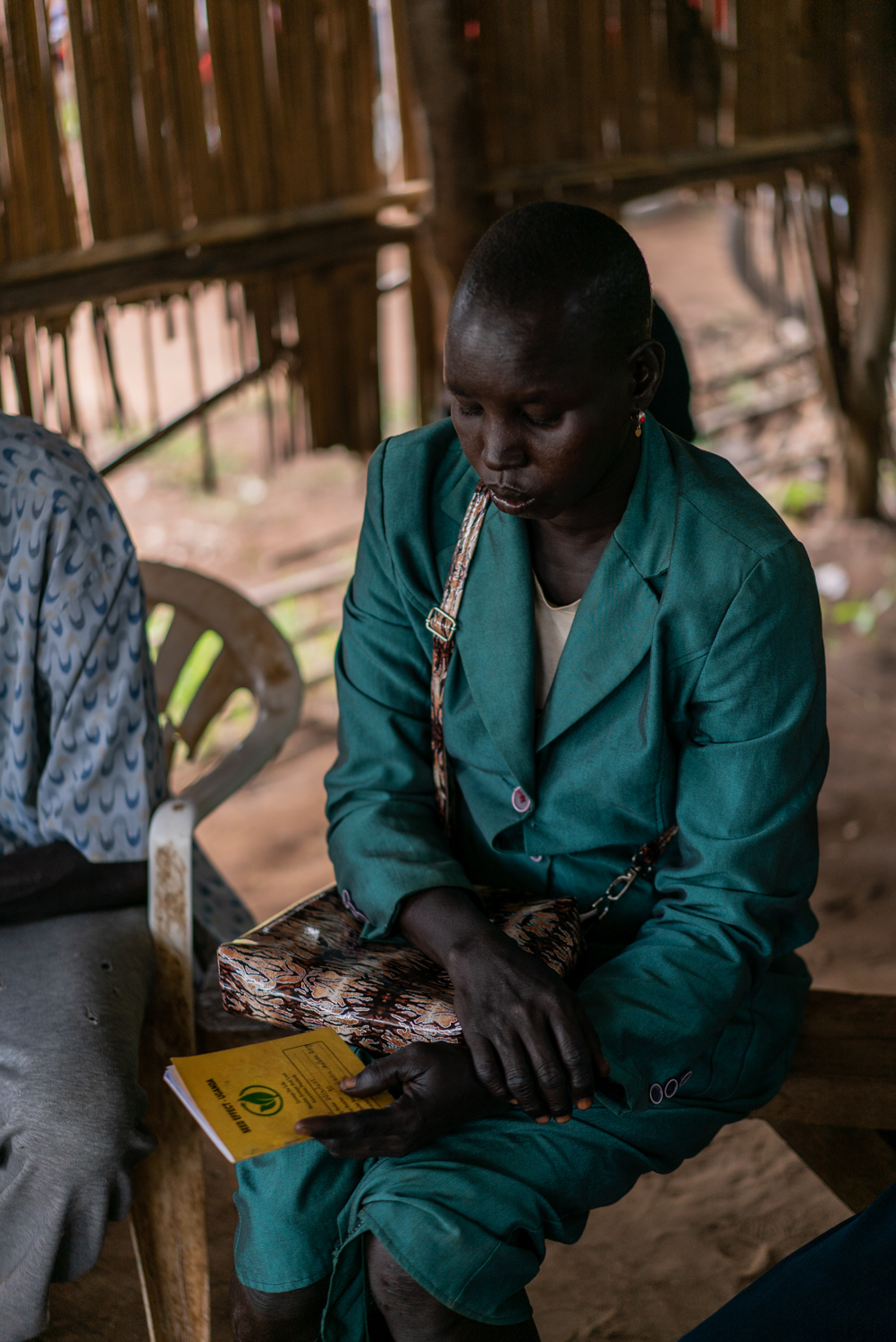 One of the members, Manyok Gabriel shared,

“Here in Ayilo, we are vulnerable. Before joining Seed Effect, we didn’t have anything, but as you have seen today, because of your support, we are able to save.” “When this group started, I had little interest in joining, as I didn’t know how it could help. But once I joined this Seed Effect group, I began to have hope because, with the money I saved, I was able to pay my school fees and now I am actually about to finish my course in community health.

Had it not been for Seed Effect, I would not have been able to pay these fees.” “The benefit of being in the group is that you can help one another. And also you can grow faster when you pool your resources together. You can be able to use it. You can empower yourself faster than when you are alone.”

In 2019, Seed Effect added a livelihood component to provide additional training for our groups. Gabriel shared that this training has been so helpful.

“Seed Effect recently provided soap making training. This is such a good skill and was appreciated by all the members of the group. Even now, some of the group members continue to make soap. This member here makes liquid soap at home to sell, and most of our group still make it for individual use. Our group has a plan to start a business together as we know how to make bar soap now because of that skill training.” 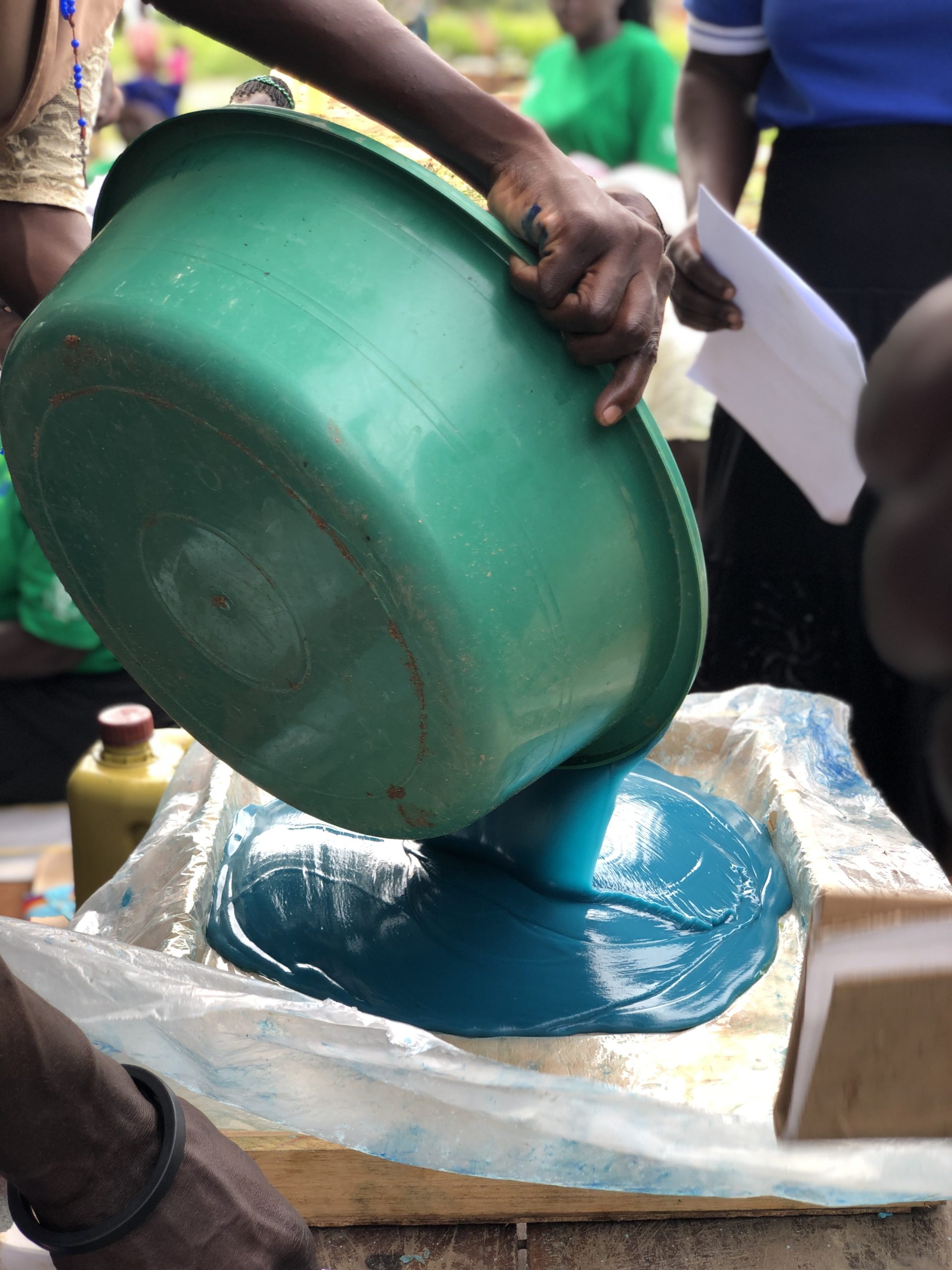 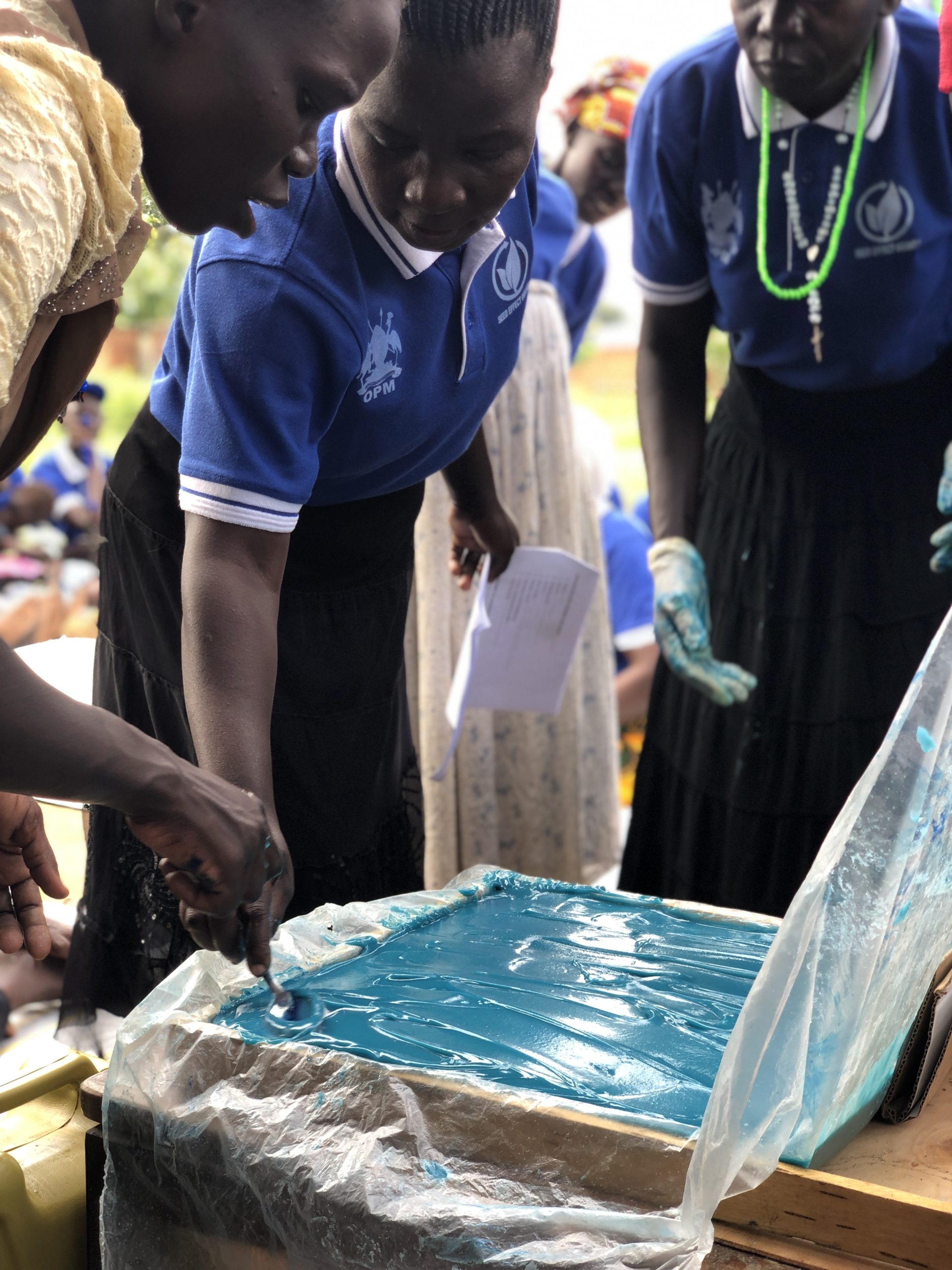 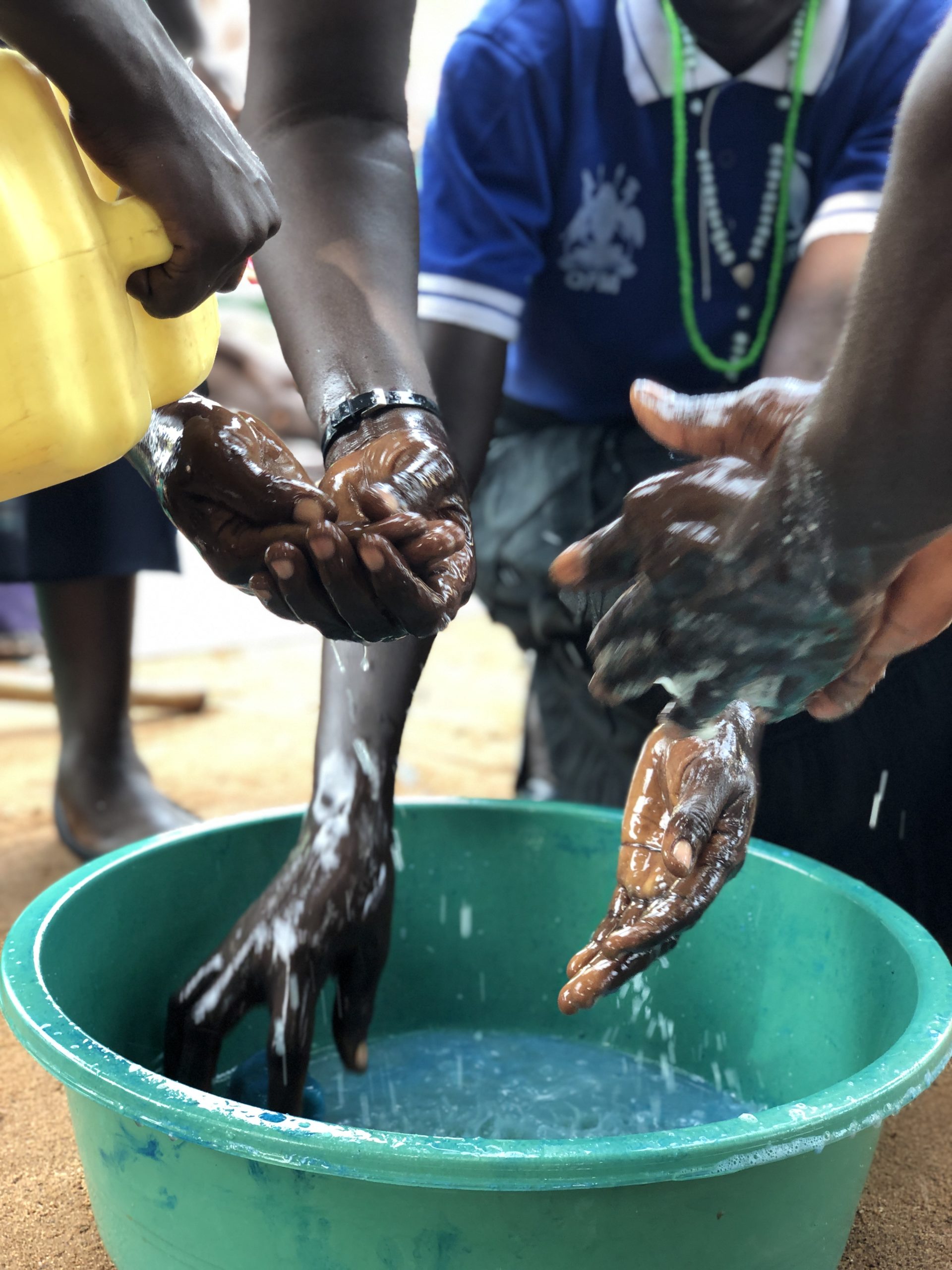 Gabriel also told us about the spiritual impact Seed Effect’s program had made.

“But it is not only about saving.

This group has given us so much. Our group is happy. We work together and no one is having conflict because of the spiritual values we’ve learned.

For instance, the Bible study that we do every week has changed our members’ lives. Actually most of these people were not like this before and did not get along, but when you look at them now, they have become one family and it is because of the teaching of God’s word.” 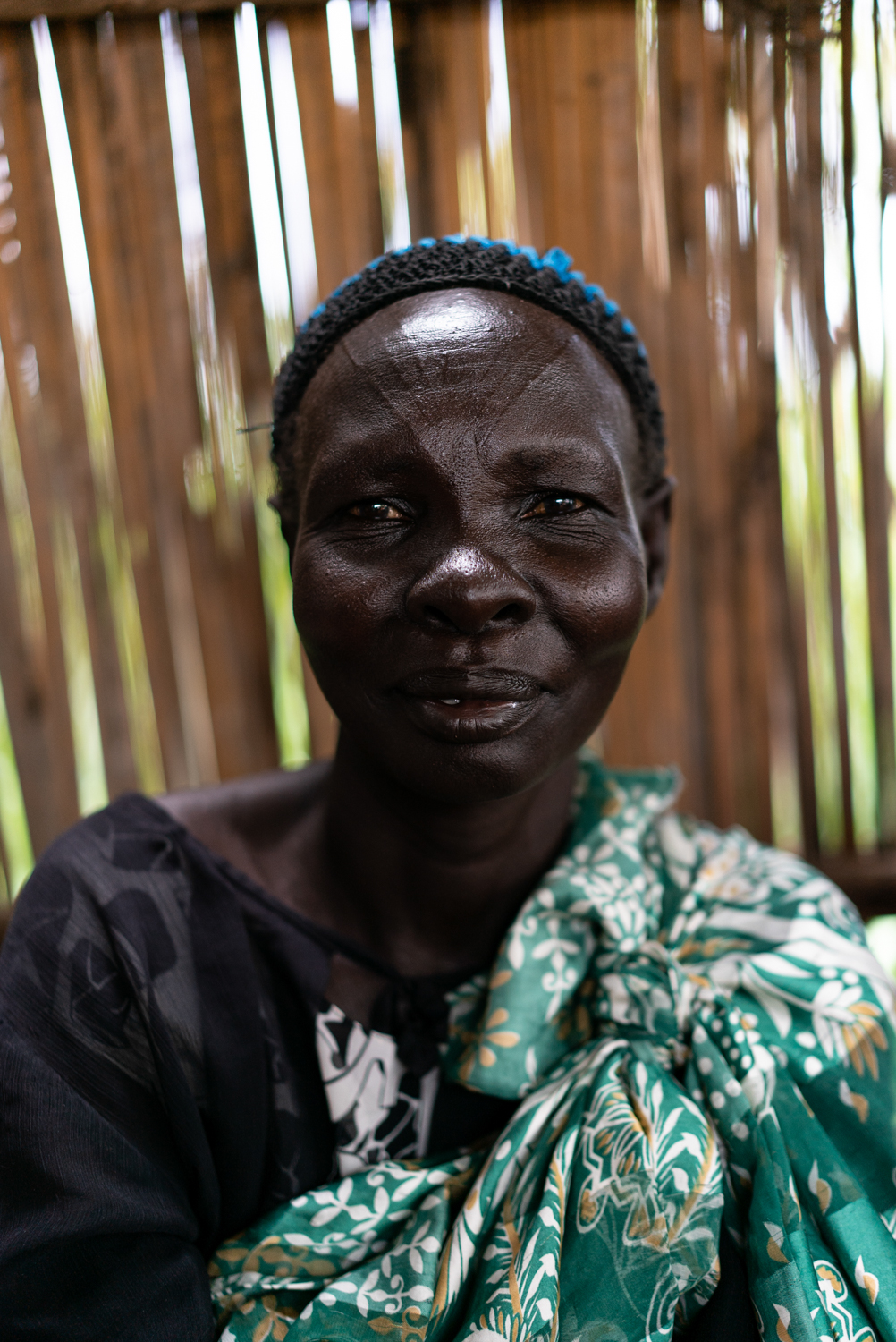 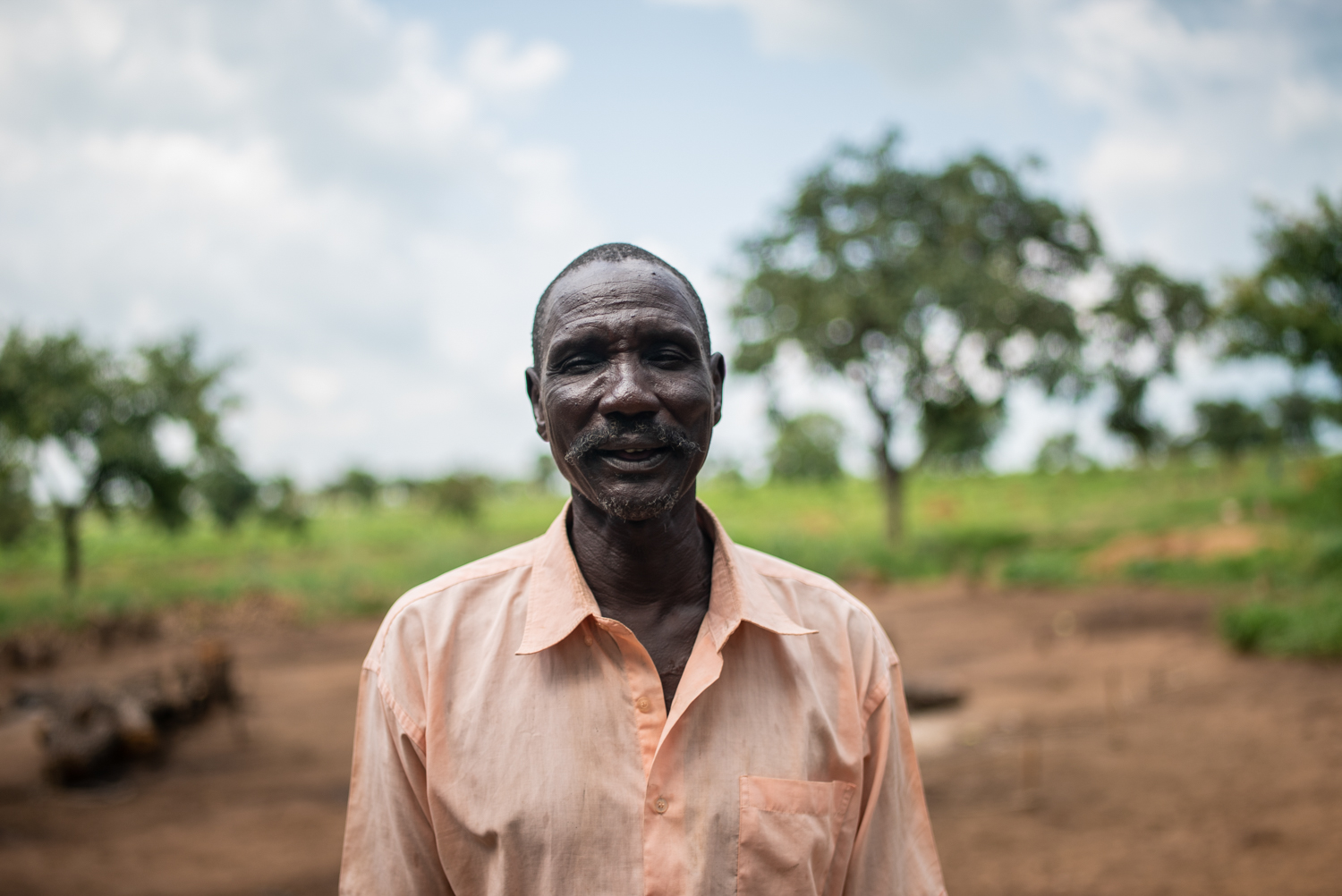 After facing trauma and the effects of war, Seed Effect members in Ayilo are finding hope, opportunity, and comfort in their group.

“I felt lonely. But now that I am in a savings group, I am together with others and so I don’t think as much about what is happening in South Sudan. I have a small business selling flour, sugar, and other items. My husband left and I support my 7 kids by myself and now I know I will not fail because I have a place to save. I like being in this savings group because my friends support me and God is using it to support me.” While these Seed Effect members and other South Sudanese refugees have made Ayilo their home, their hope is to one day return to South Sudan.

“We will continue saving with Seed Effect’s Saving for Life Program. And, one day, we will bring this program back to our country of South Sudan, where we will teach people to save and to do it for God. This is such a good name, Savings for Life and indeed it is savings for life.” At Seed Effect, we believe that the hard places are worth investing in and that how we help truly matters.

We have seen that with the right tools, refugees and those living in material poverty can and want to provide for their families with dignity. And we know that introducing them to Jesus and empowering them to repair broken relationships is essential if our desire is restoration and true transformation.

Together, as we work to expand throughout the refugee settlements in Uganda and beyond, more South Sudanese refugees like Gabriel, Haruna, and Elizabeth will gain access to the Christ-centered development tools they need and be empowered to know Jesus and provide for their families with dignity.

Thank you so much for supporting Seed Effect! 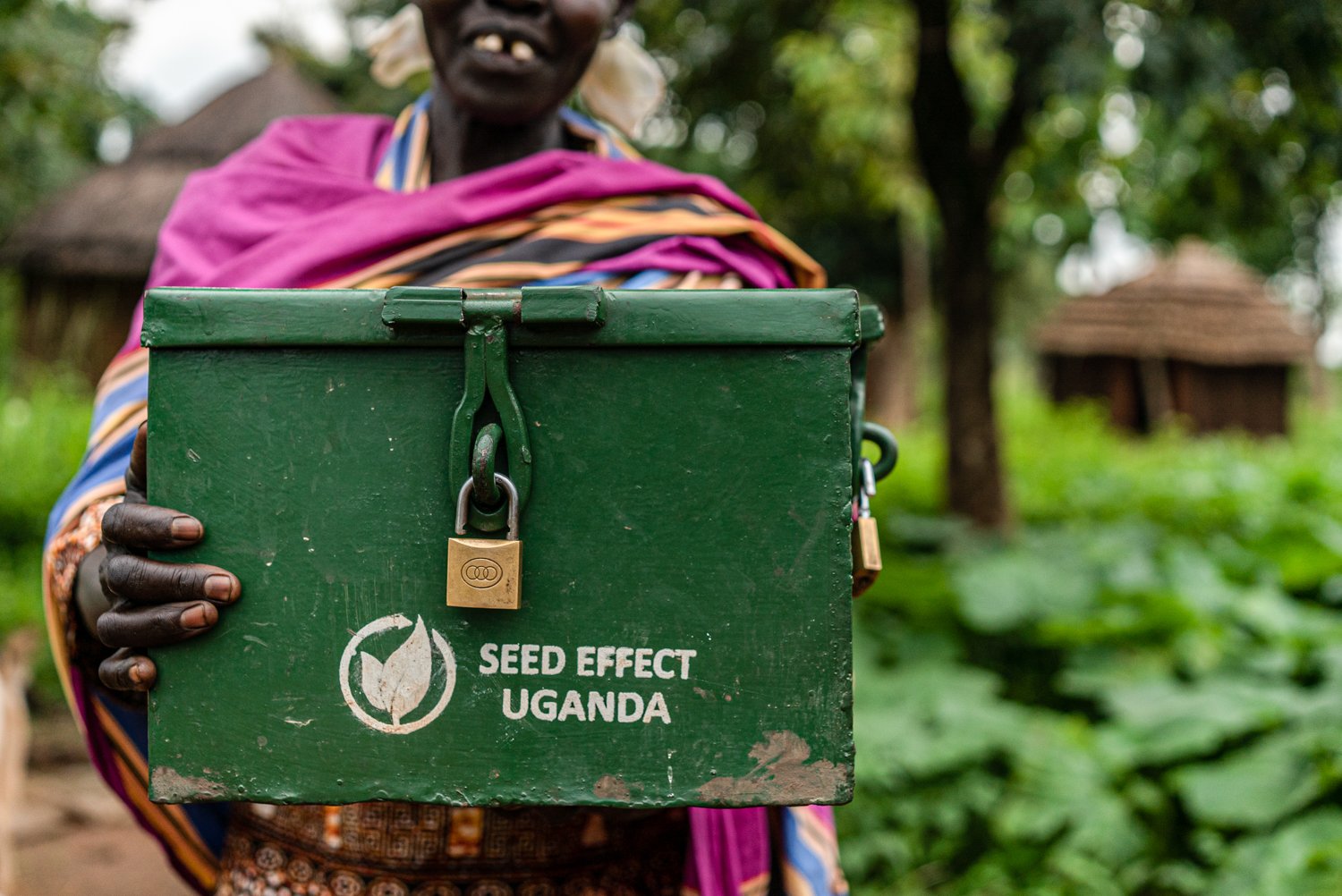