“I have put all trust in him… my finances, my wellbeing, all is left in God’s hand.”

“My name is Ledia Meling. I am the chairperson at the church-based group called Bible Hope. I have been in a Seed Effect group for 3 months, and I give thanks to God!

When Seed Effect came, they talked about and emphasized the Bible, which made me so happy and so excited. I give thanks because Seed Effect has given us a Bible and Bible study guide. It has really helped me so much to study the word of God.

I am emphasizing the impact of the Bible component because when I first came from South Sudan, there were groups here that had been formed with some other partners. But those partners only gave hoes [to dig with] and a few other things but did not bring the word of God. I give thanks to Seed Effect because they have included the element of the Bible which has opened my eyes. Seed Effect should continue this work.

This is my testimony. Back in South Sudan, my parents had ten children, but out of the ten children, only three survived. If it wasn’t because of God, I might also have died. I give thanks so much to God.

When I grew up, I got married and we had five children but four of them died. And my husband also died. Now I have put more trust in God because I know God is my everything. I have put all trust in him… my finances, my wellbeing, all is left in God’s hand.

I underwent so much stress when I had to flee South Sudan, but now here I am studying the word of God… if it weren’t for the Word of God, I do not know where I would be. It has given me much strength.

And I am giving more thanks to you, Seed Effect, for bringing in the element of the Bible which is giving more strength to the hopeless.

I do not have a business in the market, but I have a goat at home. I have been able to save since joining my group. The economic part of the program has helped me so much. After the share out [at the end of the savings cycle], my plan is to use the money to buy more goats.

What I have seen from the members in the group, and even my neighbors, is we are progressing well due to the element of saving in the group.

I trust God so much and I love God so much. In the group, it is that kind of intimate love I feel. This is my brother and my sister. We share things all together.” 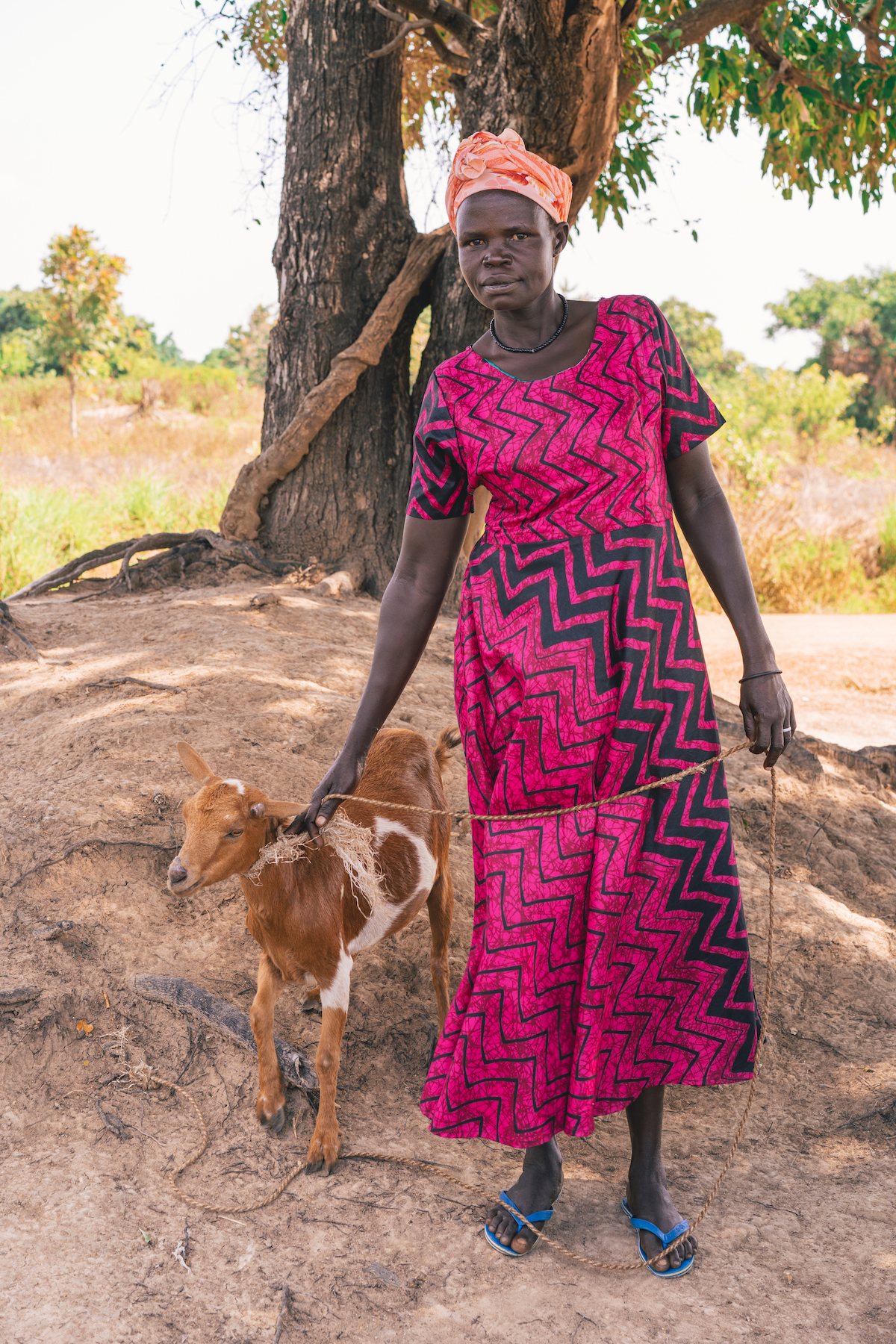