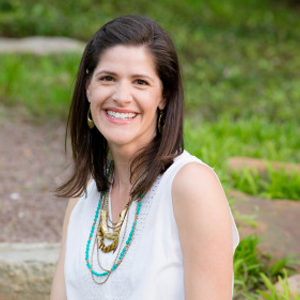 Missy and her husband David co-founded Seed Effect in 2009 after their first mission trip to South Sudan. During this trip, the Williams were moved by the need they saw and the resilience of the South Sudanese people. Because of the great need for economic empowerment after decades of civil war, they co-founded Seed Effect in partnership with the local church, disbursing the first microloans to nineteen entrepreneurs in 2009.

Missy received her B.B.A. in Finance from the University of Texas at Austin where she also received a minor in Art History. Prior to founding Seed Effect, Missy managed a small retail business in Dallas and subsequently went back to school to study Interior Design. Missy worked with a successful high-end interior designer while also operating her own interior design firm in Dallas.

In 2006, the Williams attended a semester-long course called Perspective on the World Christian Movement. This course changed everything about the way the Williams prayed and sought opportunities to serve and glorify God. Missy began to serve weekly with Cornerstone Church in South Dallas, and they opened their home to families experiencing hardship. During this time, they learned a lot about the need to help without hurting, the harm that dependency can create, and the opportunities to serve both in their community and internationally.

As a mom of two girls and an entrepreneur herself, Missy connects deeply with the hard-working moms she met and loves being able to bring Jesus and economic empowerment to the people of South Sudan and Uganda through Seed Effect. To learn more about how Seed Effect started with a simple request for a sewing machine after that first mission trip to South Sudan, watch our video.